← more from
Mansions and Millions

fOREVER TILL YOU DIE 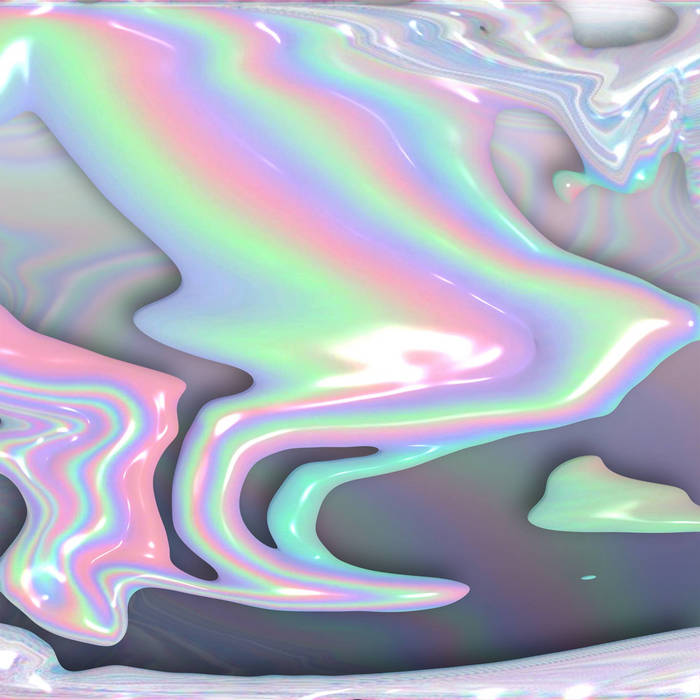 Yet Dream Pop's comforting haze doesn't speak the language of dreams. It is the sound of the rapidly departing memory of dream upon waking, or the mind's drowsy slide into incoherence in the last moments before sleep. No, pleasant waves of pedal effects are not the sound of dreams. Dream itself is utterly vivid; it can be the medium of an almost terrifying lucidity. This is the quality of dreams captured by fOREVER TILL YOU DIE. In dream, one sees colors of an intensity unavailable to the eyes. Here, one can almost imagine timbres beyond aural comprehension. If Dream Pop's teenage brother Chillwave was a worn VHS recording of a late 80s TV movie, fOREVER is a restored 35mm print of Wojciech Has' masterpiece The Hourglass Sanatorium. (In fact, this album's title would be a good subtitle for that film.)

Born in Argentina and based in Poland, Candelaria Saenz Valiente, stage name PICTORIAL CANDI, is well equipped to transport us to dream-space. A graduate of Buenos Aires film school Universidad del Cine and the Arranging and Composition program at Boston's Berklee School of Music, Valiente is a truly wide-ranging multimedia artist. She has, among other things, written a collection of short fiction and a novel, conceived the "Ebertonium Candidus" a light bulb-amplifying analog synthesizer, created the performance installation piece La sensación de ser Mr. Luxus Reinstaldt, and formed the band Paristetris. Her whole career reflects the wild bricolage of the slumbering mind: her last solo musical work, the EP Drink, was released as a 600 bottle run of carbonated beverage, in two flavors. A concrete artifact of dream logic if ever there was one.

From the first second of opening track "Tonic (Paso De Los Toros)", fOREVER TILL YOU DIE declares itself hypnotic rather than simply hypnagogic, the insistent synth chords are a count-in to the victory of the unconscious as effective as the swing of a mesmerist's pocket watch. Everywhere there are little signs of dream logic's incongruous transitions. In the cut-and-paste aesthetic of "Dead Teens"; in the quickening drums that suddenly appear in the middle of "Lithium Starline"; in the curious slide from third person to second in "Got Things To Do"- "who's that girl who no one sees and no one cares for you?" Spoken word interlude "Extra Stale Time" reads like a bedtime prayer for the already-asleep ("...the cosmos along with the smoking giant, the ancients were right, time to put banana peels on your breasts..."). Valiente describes fOREVER as "a coming of age album, with an endless coming and no aging." Like the mind's nighttime journey, it is a narrative without time or direction, following the whims of the id along ever-twisting pathways of shrouded meaning.

At the serene heart of the album lies "Meteor Shower." Languidly enveloping the listener, in its self-possessed grandeur it seems to promise the perfect conciliation of cerebrum and cosmos, as its refrain proceeds to almost prayerfully meet a rising wall of organ. Yet it is followed by the unsteady march of "Rhoda" out from the dream-space, accompanied by the paradoxically triumphal cry "I'm...so...tired!" and the badgering condescension of pragmatism - "we're sorry to hear you're an artist now." Next, the appropriately somber "Emo Boy Bukowski" its middle section erupting into a funereal jumble of drum pads: here we are back in a half-aware, regret-tinged predawn. Its opening guitar chime a mirror of Tonic's count-in, closer "Sherry TV" is the moment of reflection in morning light. A meditative strum, eventually joined by a snippet of distant plaintive flute, serves as backdrop for an accounting of the waking hours' weight. Fortunately, fOREVER TILL YOU DIE is a dream one can dive right back into.

Warsaw based "Pictorial Candi is the pseudonym of off-kilter Argentinian songstress Candelaria Saenz Valiente and her debut solo LP, Eat Your Coney Island [...] is as bewildering as it is brilliant and, to contextualise that comment, it’s fucking sensational.” (Dots&dashes). Her second album DRINK is a bottle of fizzy beverage done diy: a cohesive sounding psychedelic punk-pop to dirty techno. ... more

Bandcamp Daily  your guide to the world of Bandcamp